Creating a Fantasy World and Reviews of Megadeth, House of the Dragon, Moonfall, and Morbius 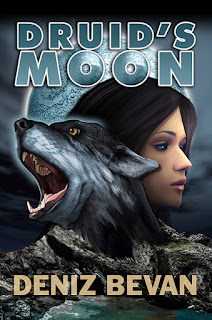 As a lifelong Tolkien fan, I shied away from writing fantasy for many years, because I knew I could never develop a world as complex and consistent (even within its deliberate inconsistencies!) as that of Middle-earth.
But then I found myself writing about a talking, time-travelling cat...
From there, minor intrusions into fantasy realms became a possibility.
And suddenly, I found myself reimagining a fairy-tale. But, again, as a Tolkien fan, I wanted to be as accurate and consistent as I could.
I had three main elements: a Kraken-type creature; an ancient family spell; and the story of Beauty and the Beast.
I couldn’t address every aspect of these things, but I tried to get the nomenclature, personification, and history right!
The kraken was easiest; my kraken remains formless and vague. She is at the mercy of the spells cast by the humans that control her.
The spells were great fun to invent (a tiny bit of linguistic playtime!) and I ended up using the word “witch” for the antagonist, although I’m not entirely convinced that it’s an accurate term. She only really has one main evil action, as part of her family’s history: Capture the current generation from Frederick’s family to take on the role of the Beast.
And Beauty and the Beast? I read ‘em all! Or as many as I could, from the original story by Gabrielle-Suzanne Barbot de Villeneuve (in French!) to endless variations on the tale (including the brilliant recent one by Wendy Mass in her Twice Upon a Time series).
I also had great fun collecting images on my Story Inspirations board on Pinterest.
Do you enjoy story research? 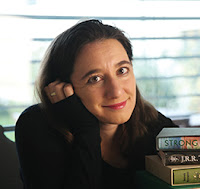 A firm believer in burning the candle at both ends, Deniz Bevan is generally writing a new novel while editing another and blogging about her reading and research adventures. Other days, she tries to stay off the web altogether, as she delves into the history, mystery, and romance of her characters’ lives. 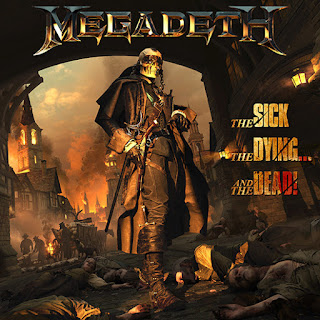 Megadeth – The Sick, the Dying, and the Dead

At sixty-one years old, Dave is still angry, and that’s not a bad thing.
Not sure if I like this better than Dystopia (the last album) but I give him credit – it’s a strong album.
Some of the standout tracks are Night Stalkers, Soldier On, We’ll be Back, and the cover of the old Sammy Hagar tune This Planet’s on Fire, featuring Sammy Hagar!
If you are a fan, this will thrill you. If not, this will not change your mind. 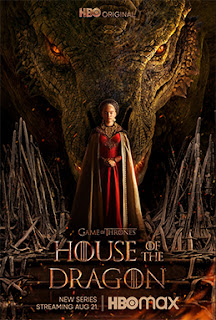 House of the Dragon

Very similar in tone to Game of Thrones.
Features all the requisite gore, nudity, and language you’d expect from HBO.
My overall impression is that I like it but I don’t love it. Maybe that will change over time. Perhaps it’s because the story is moving forward in time but not really going anywhere. Or perhaps it’s Martin’s obsession with incest. Take your pick. 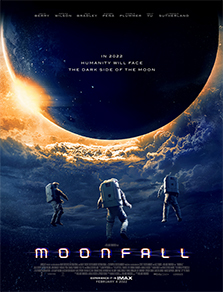 Another end of the world from Roland Emmerich.
Leave your brain completely out of the room and suspend all belief. It will at times unintentionally make you laugh. With Halle Berry! Then again, she did do Catwoman… 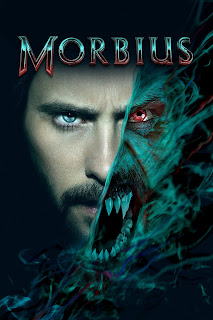 Had high hopes for it. They were shattered quickly.
I was mildly entertained and mildly bored by this film.
However, this is one of those movies that the more you think about it, the worse it gets.
With the exception of Jared Leto, who is a fine actor, this movie was a failure in almost every way.

Have you created a fantasy world? Heard the new Megadeth? Seen House of the Dragon or either movie?
Offline for most of next week but I will be back October 5 for Insecure Writer’s Support Group day!

A kraken! That sounds like a fun book to have written.

And it startles me that the singer for Megadeth is in his 60s. :) I don't know why...I should be able to do the math, ha.

I loved Megadeth back in the day - to be honest, I didn't know they were still around, so I'll be checking out the new album.

Congrats on your book, Deniz. It sounds really interesting with the kraken and magic. And thanks for letting me know that I'm not missing too much by not watching the Game of Thrones spinoff.

Thanks so much, Alex, for hosting me, and thank you, everyone! :-)
Ooh, new Megadeth! I still have my old cassettes :p

Thanks for featuring Deniz and Druid's Moon.

I don't think I've heard anyone say anything good about Morbius or Moonfall.

Thanks for introducing author Deniz and her book. It was exciting just to read how it came together. It's hard to fathom that the Megadeth guys are as old as Granny Clampett. I think Moonfall would be the best bet for me because I have no problem suspending all belief and tend to like movies that are unintentionally funny.

ROFL! At first I thought it was you, Alex, who wrote a book about the time-traveling cat, not Deniz Bevan! *sigh*

And yes, I love researching and learning for my writing!

Congrats to Deniz. Her book sounds great. I feel exactly like you do about House of the Dragon. Of all the prequels they could have done, why pick the one about the crazy, incestuous, narcisstic Targaryeons? And Morbius had so many opportunities to be a good movie and instead it was so blah!

Elizabeth, he looks it...

PT, there's a definite reason for that...

Shady, it's at least watchable.

Susan, they really dropped the ball with Morbius.

Really? I heard Jared Leto was the worst part of that movie. I guess everyone has their own opinion on why that movie is awful.

I watched Morbius and I loved it.

Congratulations to Deniz! Much success with the new baby.

My brain doesn't take well to complicated storylines. While you're brilliant, Alex, I like your sci fi. I can follow your stories without brain pain. It's much appreciated.

JE, Leto could only work with the crap they handed him.

Robyn, thanks! I couldn't do complicated anyway.

I have created numerous fantasy worlds. I just don't compare them to Tolkien. I'm not even in the same universe as him, and I'm okay with that.

Those movies sound horrid. It's bad when a movie gets worse the more you think about it.

I don't think I'm going to be watching any of those films.

Have a great week ahead.

Thanks, everyone, for the support!
I didn't mind the latest House of the Dragon episode, but then I reread the relevant pages in Fire and Blood, and got annoyed by how much was changed...

I thought Morbius was fine for what it was.
Well, with the exception of the ending. Turning Matt Smith into a vampire-ish, too, was... unnecessary at best.

I responded to your question on my blog.

Alex - you confirmed my thoughts on House of Dragons. The production is grand, but I don't know that I care, like I did with GOT.
Moonfall - same thing. I sorta gave up and zoomed. I like Halle and wanted to support her, but Patrick Wilson was so wooden.
And I like Jared Leto - Thirty Seconds to Mars, but this looked ridiculous.
Argggh . What happened to movies and Hollywood - I'm floundering here....

Enjoyed Deniz's write very much Alex, thanks for posting it to us.

Congratulations to Deniz! I totally love the research phase of any project. I can get lost for hours down rabbit holes of information. Morbius is on my to-be-watch list, but it keeps falling down that list for other things. I watched The Imperfects over the weekend, and that was really good.

Oh yeah, that was the other problem -- I hadn't read anything about House of the Dragon before watching it, and I was NOT expecting Doctor Who to be nasty! Ha ha!

Many congrats to Deniz.

Christine, haven't seen that one.

Deniz - funny! You should see his nastiness in Morbius. Wait, scratch that, too awful to watch.

A story that features animals in a fantasy setting seems like good market timing. In my D&D group, half the people I play with have made characters who are anthropomorphic. It's an interesting thing to see so many people in the furry community that are emerging and embracing fantasy as a way to express their love for animals.

I have heard nothing but bad things about Morbius, which is a shame IMO.

Deniz,
You did a great job of addressing your story elements.

Alex, Hope your weekend is filled with fun and good movies:)

Druid's Moon sounds like a good read. Congratulations to Deniz on its release. I don't currently have HBO, so I am enjoying "The Rings of Power" on Amazon Prime. I think it''s fabulous. Have a great week, Alex!

Look how late I am here. I’ve just been so busy working and coming home exhausted. Anyhoo, I can say I live 8n a fantasy world of my own creation...some of the time. I just haven’t written anything. I have no desire to see these films so not s7rprised they didn’t do that well. Halle Berry is now Ariel in The Little Mermaid. I don’t care if Ariel is white, black, red, yellow or purple but she is supposed to be ...young. I saw the face of Halle Berry and it doesn’t even look like her....the CGI’d her face to the nth degree.

I wanted to see Morbius because of Leto, but I never made it. Sounds like I didn't mis smuch.

Sandra, no movies but good friends.

Fundy, it's really good, they just need to pick up the pace a bit.

Congrats, Deniz on your book. Fantasy worlds are so much fun to read about.

Alex, I had mediocre hopes for Morbius, and even those were shattered quickly.

Have you tried the new Lord of the Rings series. We were underwhelmed.

I don't think I'll be cozening up to House of the Dragon;)

I write science fiction, but I still take a lot of inspiration from Tolkien. Those deliberate inconsistencies he threw into his stories are really important. Real life is messy and doesn't make sense 100% of the time. A little touch of inconsistency can help make a fantasy (or Sci-Fi) world feel more real.

I've seen Deniz's book on several blogs. Congratulations to her.

So I watched Game of Thrones to the end, but really don't want to go there again. Too violent. So it's probably a no for me on House of the Dragon. However, I might be in on Megadeth and Moonfall.

Thanks so much, everyone!

Moonfall. What a great title!

PS. YOU have a joyous one;)