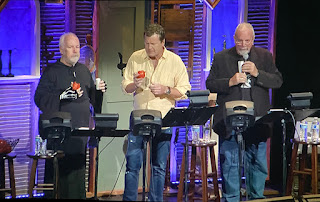 Another awesome riff from the guys of a movie that isn’t horrible, so it’s easy to watch as they riff it. (And as a made-for-TV film, it’s not bad and rather gory.)

One of the best lines was from Mike. The priest is hesitant to enter a room and Mike says “What, is he afraid Chris Hanson is waiting for him in the next room?” (Host of To Catch a Predator.)

And of course, some screen shots of the event: 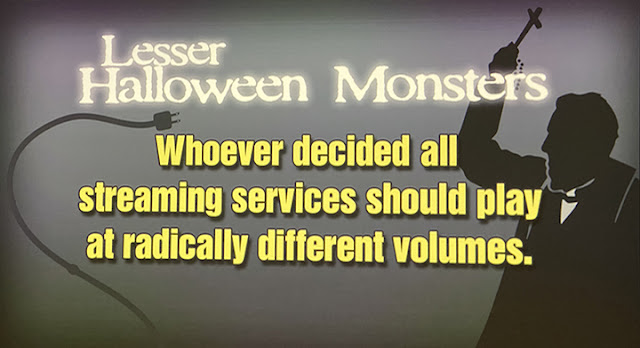 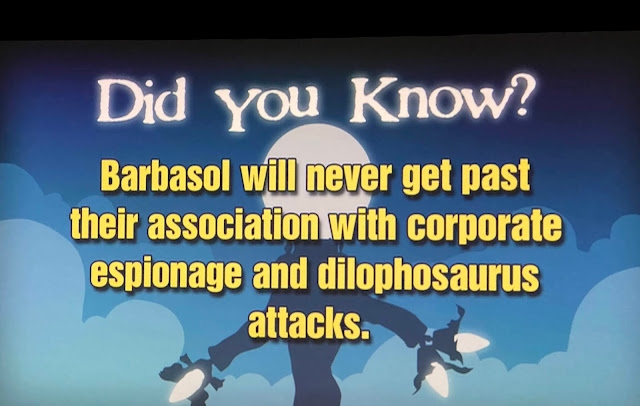 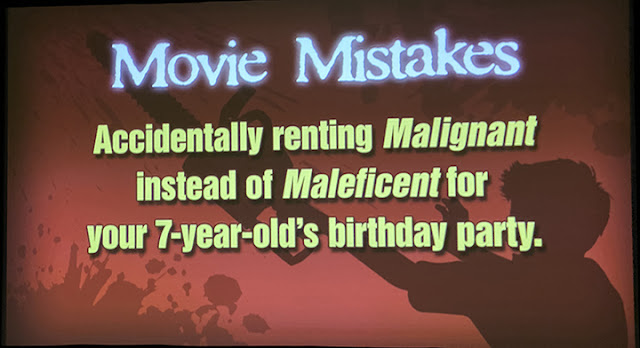 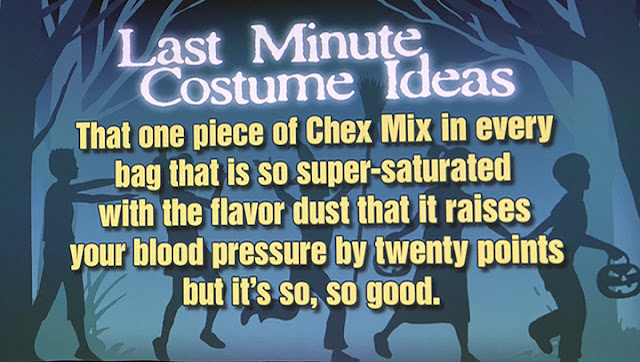 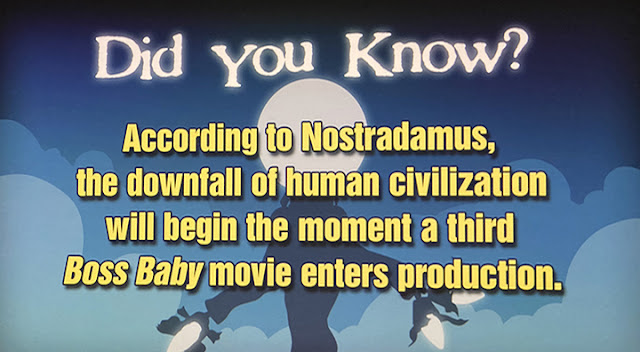 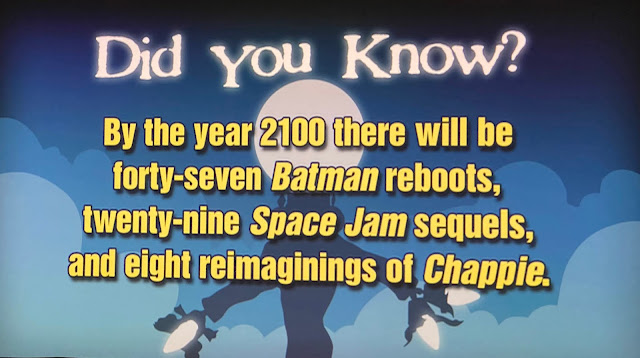 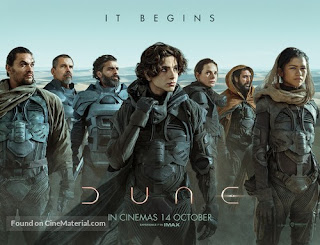 Directed by Denis Villeneuve (Blade Runner 2049, Arrival, and Sicario), known for his stylish and deliberate pace, this is part one of two movies.

The director knows how to let a movie breathe and how to make quiet moments just as important as active and loud moments.

The visuals are stunning. On a massive scope as well as an intimate one.

Gone are the weird whispers from Lynch’s version. (Awful film, but he did follow the story even as he bit off way more than he could chew.)

This is a film you digest. We saw it opening night in the theater and then again a week later on HBO Max. Its depth continued to resound.

Now, not to offend fans of the books, but this is not a movie you will love. The storyline is dark. You will admire and respect it, but not love it.

There are those who hated it (and they need not comment about that here) but go in with an open mind and know you are about to see a deliberate masterpiece and you will not be disappointed. Highly recommended. 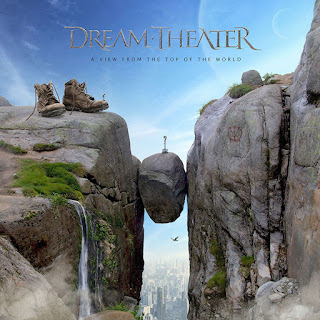 Dream Theater - A View from the Top of the World

Dream Theater are one of those bands whose every release garners strong reaction (positive and negative). For every fan that loved The Astonishing, you have a camp that found it too long and frustrating because it was a departure. For every fan that loved Distance Over Time, you have a camp that thought DT played it too safe and didn’t take enough risks. I love both because it is, in fact, the essence of progressive music.
On the new disc, DT harkens back to their mid to late 2000s compositions (think Octavarium). They don’t break any new ground, but they don’t have to. This album is solid and enjoyable from front to end. There is no filler. Each track spotlights the reason to listen to DT, the musicianship. Every member gets a chance to shine with guitarist John Petrucci anchoring the whole affair with his stellar playing. James LaBrie shines on vocals and props to Mike Mangini for his phenomenal drumming.
Standout tracks include Answering the Call, Transcending Time, and Awaken the Master.
For me, they never disappoint, and this release is exceptional. 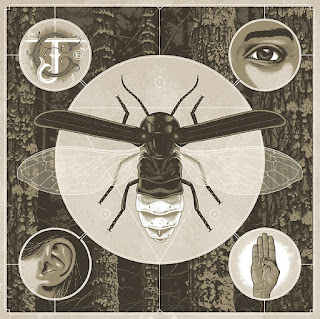 I am a huge fan of Cantrell’s Degradation Trip (2002) double disc. It is a powerful musical journey that deals with the devastating effects of drug abuse. So, I was so excited to hear that JC was finally back with more solo music. I don’t have the words to express how disappointed I was on my first listen. This was not what I was expecting. I didn’t listen to it for a week but to be fair I finally gave it a second spin. I’m so happy that I did. Once I got over what it wasn’t, I could focus on what it is.
It’s Jerry Cantrell churning out mid-tempo rockers and it’s really, really good. I’ve enjoyed this more and more on each subsequent listen.
If you love Alice in Chains, keep an open mind and give this a try. It’s a great listen. 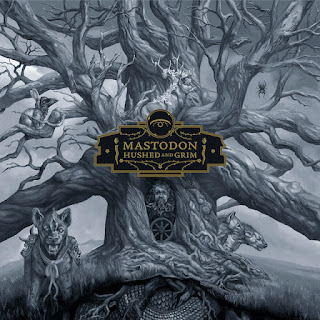 Mastodon are one of those bands that the critics love. The last two discs received glowing reviews, but I found them to be good just not great. They just didn’t resonate with me. So along comes this new album, and the reviews are pouring in over how great it is. I’ve been down this road, so I approached this album with a skeptical ear.
This is a home run for Mastodon in my humble opinion. This is the most adventurous and progressive music that they have ever made. It’s 85 minutes long without a stinker in the bunch.
This is my favorite Mastodon release since Leviathan.

The Boo Brothers by Steven Arellano Rose Jr.
The Boo Brothers consists of two teen tales of terror. These tales come from the deepest fears of that isolated realm that lies between childhood and adulthood. They are sure to entertain with fright. Now available at Smashwords. Sign up for his newsletter and get it for free.


Did you see the latest RiffTrax? Catch Dune? Interested in any of the new discs? (So much new music!) Be sure to tune back on December 1 for the next IWSG post! 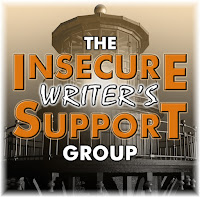 November 3 question - What's harder to do, coming up with your book title or writing the blurb?

Title!! Blurb is difficult, title darn near impossible for me.


The IWSG is looking for an admin to run our Instagram. Tyrean is stepping down at the end of the year. If you are comfortable with Instagram and would like to join the team, send an email to the IWSG.

Movies don’t always get it right. That applies to movies that include paraplegic characters. There are often two extremes—those who are helpless and miserable, and those who are depicted as heroic for simply doing what everybody does—make it through a day.

Screenwriters ignore some of the most significant challenges for some of the disabled community. When I spoke with spinal cord doctors before writing this book, I discovered that often losing mobility wasn't the hardest part of life for paraplegics, but learning to take over some of their body’s automatic functions was. Many paraplegics must monitor their bladders and bowels, they have to be sure to shift positions frequently, they must exercise regularly—no excuses, and they have to stay on top of pain. A big change is that they have to allow a lot more time for just the basics, like getting up and getting dressed.

Some movies (Wheels, 2017 & Passion Fish, 1992) depict such a dark picture that I had a hard time watching to the end. From the reading and interviews I did, I learned that the trauma following such a life-altering event is devastating, but it doesn’t send everyone into suicidal despair or non-stop drinking. There are a lot of stories out there of people who have worked through the tough emotions and are happy and content with their lives. They’re doing what they used to before paraplegia. They’re falling in love, having children, skiing, playing basketball—the difference is in how they do it. It’s called adaptive living.

One of the major things I learned while writing Shattered was to think differently about paraplegics (actually, about anyone living with a disability), to think of them as people first, and find ways in which we’re alike, not different. 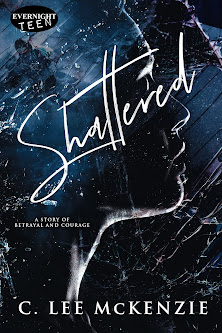 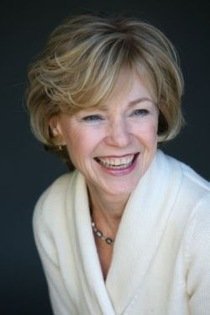 More About the Author and Her Books
Website . Goodreads . BookBub . Instagram . Twitter . Facebook . LinkedIn
I'm a native Californian who grew up in a lot of different places; then landed in the Santa Cruz Mountains. I write most of the time, hike and practice yoga a lot, and then travel whenever I can.
In my young adult books, I take on modern issues that today's teens face in their daily lives. My Evernight Teen Publication, Double Negative was voted as one of the best top ten Young Adult books, 2019. My other books, The Princess of Las Pulgas, Sliding on the Edge, Sudden Secrets and Not Guilty are out to four and five-star reviews.

Here are the upcoming theatrical releases for November. As always, descriptions courtesy of the IMDB. Snark provided by me.

Eternals
The saga of the Eternals, a race of immortal beings who lived on Earth and shaped its history and civilizations.
Director: Chloé Zhao
Stars: Gemma Chan, Richard Madden, Angelina Jolie, Salma Hayek
These guys make Ant Man seem like an A-lister.

Apex
Five elite hunters pay to hunt down a man on a deserted island, only to find themselves becoming the prey.
Director: Edward Drake
Stars: Bruce Willis, Neal McDonough, Lochlyn Munro, Alexia Fast
Bruce Willis is hunted for sport. What won’t this guy do for a paycheck? 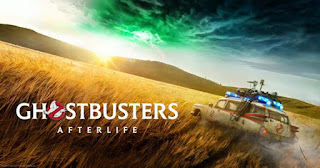 Ghostbusters: Afterlife
When a single mom and her two kids arrive in a small town, they begin to discover their connection to the original Ghostbusters and the secret legacy their grandfather left behind.
Director: Jason Reitman
Stars: Finn Wolfhard, Mckenna Grace, Carrie Coon, Sigourney Weaver
If this doesn’t work, they’ll give the Ghostbusters a pet monkey and shoot them into outer space.


What’s more difficult for you – title or blurb? Interested in the Instagram IWSG Admin position? Picking up Lee’s new book? And what November movie strikes your fancy?

Ran out of room, so tune in next Monday for reviews of RiffTrax: Live – Amityville: The Evil Escapes and Dune, plus several music reviews and other updates. Then it’s off until December 1!
Posted by Alex J. Cavanaugh at 3:00 AM 84 comments: