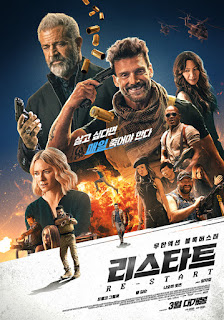 From the IMDB:
A retired special forces officer is trapped in a never ending time loop on the day of his death.
Basically, it’s Groundhog Day meets John Wick/Deadpool. Looping, violent, and very funny.
It stars Frank Grillo, Mel Gibson, and Naomi Watts. Grillo shines as the guy trapped in the loop. Every morning, he wakes up with people trying to kill him. Every day, he makes it a little further, trying to figure out who is behind it all.
There is a lot of humor as Grillo’s character gives a play-by-play of those trying to kill him. Many laugh out moments. It does have a moving story and characters you care about as well.
If you can handle violence and enjoy a good laugh along with a really good story, this is the movie for you. And at ninety minutes, it doesn’t overstay its welcome.
Recommended. 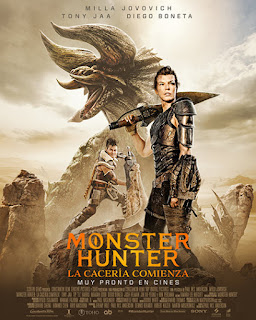 From the IMDB:
When Lt. Artemis and her loyal soldiers are transported to a new world, they engage in a desperate battle for survival against enormous enemies with incredible powers.
Directed by Paul W S Anderson (Resident Evil series) and staring Mila Jovovich – and that alone should let you know what type of movie you are in for.
It’s passibly entertaining. The effects are great, but they were obviously more focused on those effects than an actual plot. This results in a shallow experience that’s forgotten the moment the credits finish.
Props to Mila – she’s in her forties and still doing the tough action films. However, the amount of punishment her character endures is ridiculous. (We’re talking Harrison Ford in the fridge level.)
It also stars Tony Jaa and Ron Perlman, and props to Tony as his character was very entertaining.
If you're bored and just want some giant monsters, leave your brain at the door and watch this one. 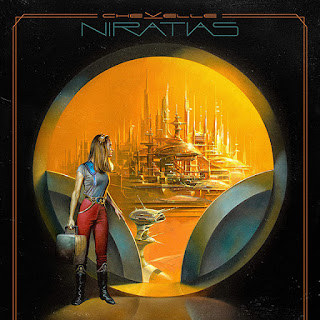 This is a very solid album and a stronger effort than the last one, North Corridor.
From their website:
The album draws on Pete's fascination with space travel, simulation theory and a healthy distrust/skepticism of the unknown. NIRATIAS was recorded over 2019 and 2020 with their long time producer, Joe Barresi. After almost 5 years between releases, Chevelle decided that they needed to put music out again, even if the landscape for music is difficult and uncertain. "We decided that pandemic or not, we are a rock band and writing and releasing music is just what we do. Even if it's just for our mental health, it's reason enough to put NIRATIAS out and feel some normalcy and pride in what we have been working on. As music fans, we appreciate this from the bands we follow and we hope our fans will appreciate it too."
Pete Loeffler (lead singer/guitarist/writer) does a great job on the riffs. It’s very creative guitar work.
Highlights are So Long Mother Earth, Peach, Test Test Enough, and Endlessly. The two standouts are Piistol Star and Remember When. Pete knows how to write them. Obviously, as the band has been around twenty-two years now!
Some have accused them of not growing. But they sound like Chevelle and that’s all right – no one else does. (And it’s a rare band that can say that.) This album is very fresh sounding, though. There is more ambient noise and interesting things going on in the background than with any other album.
Obviously, the theme is science fiction. And NIRATIAS stands for Nothing is Real and This is a Simulation.
Highly recommended!

Get Your Prog Madness Bracket Now!

That’s right – the prog bands face off this month and it starts today. So, grab your bracket and get in the competition - The Prog Report
Yes, I am voting Rush all the way through to number one. 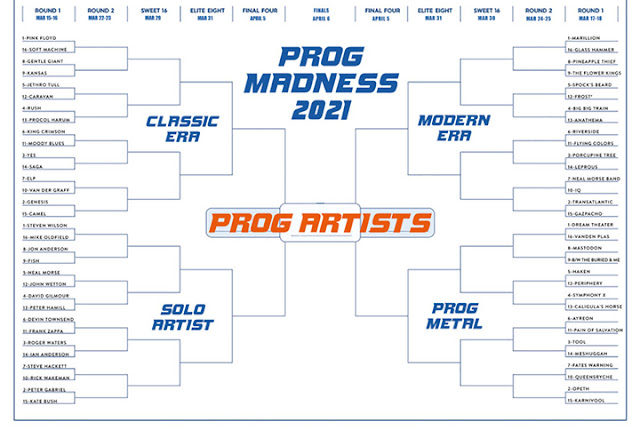 The Upside Down of Nora Gaines by Cathrina Constantine
Nora has visions of horrific things. Things that lurk in the shadows and feast on bones. After moving with her mother into an old farmhouse, Nora discovers a blank journal that fills itself with an ominous warning. A cursed beast is coming for her and time is running out. When the blood moon rises, so shall the beast.
Find it on Amazon 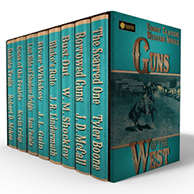 Guns of the West, featuring The Scarred One by Tyler Boone, aka Charles Gramlich
Published through Sundown Press, this collection is available on Kindle for only 99 cents.
Find it on Amazon

Critters and Crises by Jemima Pett
In ten years of short-story writing—mostly flash fiction of 1000 words or fewer—there are definitely favourite themes I return to.
Find it on Amazon, iTunes, Barnes and Noble, and Kobo

And finally, the A to Z Challenge kicks off April 1! Blog the letters of the alphabet every day but Sundays. See the site for details and to sign up.

Have you seen Boss Level or Monster Hunter? Are you a Chevelle fan? Playing Prog Madness? Picking up some new books? And are you participating in the A to Z Challenge this year?
Next post – April 7 for IWSG day!
And I will be mostly offline the last two weeks of March. 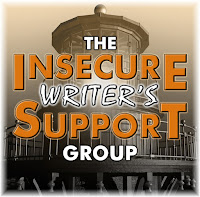 March 3 question - Everyone has a favorite genre or genres to write. But what about your reading preferences? Do you read widely or only within the genre(s) you create stories for? What motivates your reading choice?

My preferred genres are science fiction and fantasy. I do read outside of that though. Some thrillers, horrors, non fiction… And I’ve found some gems in those genres.

I submitted my latest manuscript to my publisher mid-January – and they said yes and sent a contract!

CassaDark (title at the moment) will be my next published book.

Yes, it’s been a few years since my last published story. I didn’t think it would happen again. So, I am really excited. And I get to expand the Cassa universe. Big thanks to my critique partners for helping make the story better – Ken, Tyrene, Teresa, and Joylene (who really kicked my butt!)

Here are the upcoming theatrical releases for March! As always, descriptions courtesy of the IMDB. Snark provided by me.

Godzilla as. Kong
Director: Adam Wingard
Stars: Alexander Skarsgård, Millie Bobby Brown, Rebecca Hall
The epic next chapter in the cinematic Monsterverse pits two of the greatest icons in motion picture history against one another - the fearsome Godzilla and the mighty Kong - with humanity caught in the balance.
Atomic breath should equal roasted ape…

Monster songs! Here are the answers:


What genres do you read? Seeing any new movies? Get any of the trivia right? Think it’s about time I had another book?