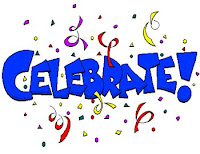 Yesterday I received the most awesome surprise – a review of CassaStar by Tessa! I am truly at a loss for words. She read it all in one day! Go check out the best review so far - HERE (After you read this post of course!) Thanks so much, Tessa!

One of these days, studios will learn that they can’t wait to release a movie for reviews. When Thursday night rolled around and there were still no reviews for The Warrior’s Way, we opted not to see it. Spent Friday night putting up the tree and Christmas decorations. Which was fun. (At the moment, the movie is split fifty-fifty, so we might still go see it.)

Instead I offer you Psych!

Thanks to NetFlix, I recently discovered this USA Network show, which airs Wednesdays at 10pm. It followers slacker Shawn (James Roday) and his partner Gus (Dule Hill) as they work with the local police to solve crimes. Shawn has a gift. He’s not psychic – he possesses amazing powers of observation, learned from his former police officer father, played by Corbin Bernsen.

The show is incredibly funny! The two leads are a great combo and ping well off each other. The writing is clever and the pop culture references fly fast. Last week was a take on Twin Peaks, complete with former members of that show, including Sherilyn Fenn. The upcoming episode promises more laughs as they take on Police Academy.

If you’re looking for a feel-good show that will put a smile on your face, Psych is a must watch!

Saw this at Ellie Garratt’s site - Which Science Fiction Writer Are You?

Which science fiction writer are you?

And finally, the first of the Stardate Christmas Twitter updates!

Stardate Christmas 1.9 Eggnog is made from Nog. As in, the real Nog! Dear Lord, I've been drinking Ferengi all this time...

Stardate Christmas 3.9 Santa's bloated corpse just floated by the window in TenForward. Now that's something we don't see every day in space
Posted by Alex J. Cavanaugh at 11:50 AM

Congrats on the review!!!

Congrats on the kick ass review :) 9 outta 10 cupcakes is pretty sweet (geddit?) Space opera seems appropriate, you write space wars excellently (which'll be made known once I get my ass in gear and write up my review of Cassastar).

Wow, nine out of ten cupcakes, what a great review!

My husband has just been getting into psych and he loves it as well. Have a great weekend.

Congrats on the good review! I love the stardate twitter updates :)

Funny Alex. Now if I could learn to be more clever, maybe twitter would sink in.

Congratulations on the review. I will go check it out.
Nancy
N. R. Williams, fantasy author

Way to go Alex! It's so awesome to get a good review!

Awesome review by Tessa and thanks for the Star Trek twitter updates!

Jamie - oh, bad pun! Looking forward to your take on my novel. At least, I hope I am!

Clarissa, your husband has good taste!

Thanks Sherrie and Nancy!

Hmm, it said I am Cordwainer Smith!

I wonder how does your Christmas tree look like? Futuristic metallic decorations or something else?

It rocks that you keep getting awesome reviews for CassaStar! You deserve every bit of it!

Woot for the review, Alex! Glad to hear so many good things are flowing in! I've heard about Psych from another Blogger friend, but don't plan on checking it out. Kinda sick of all the procedurals out there, just give me something entertaining and action packed (like Human Target!).

I've found series, especially mini-series, are much more fun to watch on DVD. I've been through Band of Brothers, I'm in the 4th season of The Tudors, and I'm also watching Pillars of the Earth. Between Netflix and Netflix via Roku, I never run out of movies.

I add my congratulations on the review!

Like Patricia, I watch series on DVD. I will NOT sit through commercials! In fact, my daughter and I don't have TV anymore. Too expensive for what she was watching--game shows and weather!!

I WOULD like to see Psych. It sounds good!
Ann Best, A Long Journey Home

Congrats on the great review and for getting your Christmas tree and decorations up! Have a great weekend!

Congrats on the review, most deserved, I enjoyed the book very much myself.

Cool link; I turned out to be the most like Heinlein. I've never read his stuff, but Starship Troopers was one hoot of a flick.
Write1Sub1

Ted, how do you feel about that?

Dezz, would it surprise you to know it's covered in Star Trek ornaments? (And other stuff.)

Thanks, Jeffery! You should read the email I just received from another reader. WOW!

Psych would surprise you, Bryan. There's plenty of action. And procedure? Shawn doesn't follow any!

Patricia, good for you!

Ann, it's on video and NetFlix.

Marguerite and Yvonne, thank you.

Milo, considering Library Journal compared my book to his earlier work, I'm surprised I didn't come up with Heinlein.

That's cool news on the review!

I've seen the ads for Psych on tv but haven't ever sat down to watch it. Thanks for the review, I'll check it out one of these days.

Congrats on the awesome review!!! :)

Oh My Gosh!!! I'm so glad you discovered Psych! I've loved it from its beginning.

I read the review and it is spot on, congrats! My Assistant Director is now reading my copy. I hope she gives it back...

And egg Nog just went of my drinking list! You might want to get all your shots updated!

Have a great weekend! We're getting flurries and lots of sleet here...

omg, you've just discovered PSYCH!! I've been watching it since the beginning and it's HIGHlarious! I'm so glad to know that there's another fan.

Congrats on the review! That's awesome!

Psych sounds like fun. I hope it airs in Australia soon.

Huge congrats for the great review!

Congratulations on the review!

Well done with a fab review!! Can't wait to get stuck into my lovely yummy copy too now!!!

Yeay! Psych! One of our favorites! Glad you found it!

Congrats on your amazing review!

Apparently I am Alfred Bester. Who? (if I just completely ruined any cred I might have had as a writer, I mean, isn't that amazing?)

Words Crafter, I hope you get it back as well. And yes, eggnog is off my list!

Palin, it's awesome! Friend of mine got to meet them on the college campus tour.

Kitty, Bassa is waiting for you!

Dominic, I guess we're both ruined then!

I saw the great review yesterday. Nice early Christmas present. I did the writer test too. Fun.

I really enjoyed reading the review & congrats on getting 9 out of 10 cupcakes! :)

I'm sneaking back in here to put the record straight as to which science fiction writer I am!!

Cos now I've done the quiz!! Sorry I was most confused.. nevermind easily done!! LOL!!

Ooh, congrats on the review Alex! :)

I've never heard of Psych.. I'll have to check it out.. thanks for the tip!

Kitty, that's okay - you were not judged!

Thanks, everyone! Her review was just... wow. And enjoy the Psych! Great show.

Where did you find Star Trek Twitter? That was awesome!
Congrats on finishing NaNo, I needed more of a breather than that, though! Look at you, all prolific n' shit!

Copyboy, maybe it will be better than that Russian Blue!

Congrats on the new review!

Congrats on the review!

I got Gregory Benford . . . never heard of him.

Awesome review! I'm thrilled for you.

p.s. drinking Ferengi? Could you afford it?

Congrats on the great review.

Congrats on all those wonderful cupcakes! :)

Hope you're having a good weekend and thanks for the review.

Great review. You must be - as we say over here - chuffed!

Golden, you got me on that one!

Ellie, if you can barter them down to a reasonable price...

Talli, I'm have a great weekend!

Alex - I keep wondering about the Warrior's Way, too. I'd like to see it, but I'll wait until it comes out on video or Netflix. Psych sounds fun. I've recently started watching Veronica Mars and am completely addicted.

And, a BIG congrats on the awesome book review. No surprise. You and your book do ROCK!!!

I'm on my way over for the review. And like yourself I'm also like E.E. "Doc" Smith. That was fun!

Congratulations on the great review, Alex!

Fun post; Congrats on a great review!
Love the Stardate stuff, it cracks me up!

Off to take the sci fi writer test!

Psych is good. I like the one where The have to bail Lassiter out of a murder charge.

Thanks, RaShelle!!
And I think you'd really enjoy Psych.

Thanks everyone! Stardate Christmas Tweets to continue...

Congrats on the review! I really don't watch much TV, I'd never heard of Psych....(and I never saw one episode of Twin Peaks, how's that for sad?)

Congratulations on the awesome review.

And I loved the quiz- didn't think they could make anything out of my answers, but I came out Issac Asimov- the writer I grew up on!

Hi, glom me on lisachu