Top Ten Films They Should Have Made Blogfest

First, a big congratulations to Jessica at The Alliterative Allomorph - she landed a publisher!

Today’s fest is hosted by Ellie Garratt - Top Ten Films They Should Have Made Blogfest. We were to name some of our favorite actors and actresses and the roles they should’ve landed.

I decided to have some fun with this one. My list isn’t my necessarily favorite actors, just some interesting role twists, starting with the serious and degenerating into the hilarious. Enjoy! 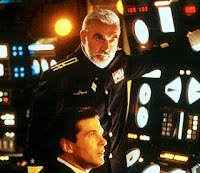 1 – Alec Baldwin should’ve been in all of the Jack Ryan roles.
(Because the switch to Harrison Ford sucked.)

2 – Chris Pine would’ve made a far better Perseus in the Clash of the Titans remake. Actually, dead wood couldn’t done a better job than Sam Worthington.

3 – Kate Beckinsale should’ve been in any role that required nudity. Period!

4 – Claire Danes and Nick Stahl should’ve reprised their roles from T3 for Terminator Salvation. John Conner is NOT Batman! 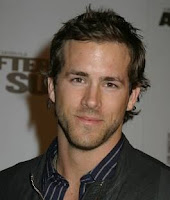 5 – Ryan Reynolds should’ve had Shia LaBeouf’s role in Indiana Jones and the Kingdom of the Crystal Skull.
Not that it would’ve helped the movie any…

6 – Schwarzenegger and Stallone should’ve been in Room with a View. It would’ve been a whole different film…

7 – Mel Gibson should’ve been in Schindler’s List. (As a Jew of course.) 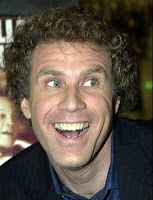 8 – Will Ferrell should’ve been in Hamlet.
(Shakespeare might’ve come back from the grave for that one!)

9 – Charlie Sheen should’ve been in Best Little Whorehouse in Texas. He could’ve phoned in that performance.

There you have it! Any roles you’d like to see differently? Be sure to visit Ellie Garratt’s site for other blogfest participants.
Posted by Alex J. Cavanaugh at 6:00 AM

will ferrell is hamlet...
ghandi... how wrong, he didn't have boobs...
mel gibson is mad melvin...

i am smiling and crying at the same time...
iZombie

Too funny!!! I wouldn't know where to begin!

This was too funny!

What no Byron or Bassa? LOL. Thank you for taking part!

Hmmm...perhaps you missed your true calling as a casting director - LOL.

LOL! I've not seen any of those films :O)

Your idea of Mel Gibson in Schindler's List cracked me up!

couldn't agree more on the kate beckingsale and ryan reynolds ones.

This just cracked me up, Alex. Hey, I've got a question for ya. I watched the last Star Trek movie recently and was puzzled because it was a prequel and Spock's mother didn't make it off Vulcan before it was pulverized, yet she was in the TV series (Jane Wyman) and I think in other movies. Am I right or just hallucinating?
Karen

LOL, #6 and 7 broke me into tears and I'm still imagining the dialog between Schwarzenegger/Stallone :D
Jules @ Trying To Get Over The Rainbow

Wow. Some hilarious stuff here Alex, some interesting ideas too. I didn't mind Harrison Ford, but I do agree Alec Baldwin was better.

1. A Room With a View is perfect the way it is. Perfect i say!

Hahaha! Your list made me snort. I would have to substitute Ryan Reynolds and Kate Beckinsale on your list though. She would have done nothing for that Indiana Jones, I mean, but RR does need to do every role that requires nudity. Yum.

Hey Alex,
Fun list. I must put my 2 cents in!
1. I would watch Alec Baldwin read the phone book...so I agree.
2.I liked Sam Worthington. He has that reticent, sort of brooding...okay, nevermind you're right.
3. Whatever!
4.You know, I read Bale was offered the robot role first...shoulda stuck with that one.
5. I agree, but then there should have been more shirtless scenes.
6. You've ruined a favorite book. 0_0
7. Uh...I'll leave that one alone.
8. Who would have played Ophelia -- Amy Poehler?
9. Agreed.
10. Oy...as a mother, I cringe.

relatively insane, I would say. Relatively. :)

Ok, Will Ferrell as Hamlet and Lindsay Lohan as Gandhi is just genius. Send your ideas to Hollywood!

And I almost made Ellie snort coffee! I'm on a roll...

Carol, I know I can do better than most.

Budd, I knew the guys would see it my way regarding Kate.

Karen, no you're not. In order to reboot the franchise, they had to do it in a way that wouldn't offend old fans. In the original, Kirk's father never dies, but the appearance of that ship altered the timeline - thus everything that followed took its own course. Now they can go in any direction they want.

Jules, it would be deep!

Colene - cool, more snorting! And you can imagine Reynolds naked in any film you like.

Raquel, I really didn't expect to find a picture of Lindsay like that. Okay, maybe I did!

Oh man. Will Ferrell in Hamlet. I cringe and then totally see it. =)

When I saw this blogfest mentioned I figured that I wouldn't have been any good at it since I have a hard time keeping track of actors and actresses. Then I saw your list and it put the whole fest in a new light. Well done!

These are so funny! Imagine the new movies, some of them I'd actually go see.

I like your choices. Off the top of my head, I can't think of any but it sounds like a fun game to play:)

Great imagination! Can you imagine Mel playing the role that Ben Kingsley played in Schindler's List?

I can see Wil Ferrel in Hamlet playing a very playful ghost!!

I prefer Kate Beckinsale in tight fitting black leather emoting pain and vengeance but then that's just me. Ahem.

You just made me spit water all over my laptop I was laughing so hard.

Such a great entry

LOL, I don't even know where to begin, since I don't really agree with ANY of your choices.

Oh well. Thanks for the laugh anyway :)

I would replace Beckinsale by Winslet >:)

I fully support your ideas on Reynolds and Gibson.

I burst into laughter at #9. Well done.
xoRobyn

Lee, you could've done it!

Melissa - I caused a spittake!!!

Eric, that was the point!

Cold, she would be my second choice for all naked roles.

Alex - you crack me up. Kate is beautiful! Lindsay as Ghandi! LOL Love it! You rock. =D

If you get to make that #3 suggestion than I get to say I agree with #5 but Ryan should have had some nude scenes.

Susan, that only seems fair.

I have to admit I love that trainwreck Lindsay. Just don't tell anyone. Kate, well, what can I say. I'll keep her clothes on. I don't want my imagination to hit the skids.

Best one is Kate Beckinsale.

Thanks for the laughs!

I disagree about Christian Bale as John Connor, though. But that's because I love him.

Karen, I like Bale as an actor as well, just felt he was repeating his Batman roll.