Now available in a boxed set! 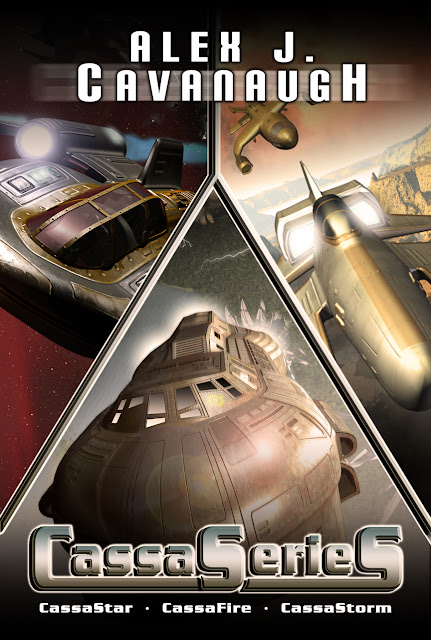 CassaStar - Few options remain for Byron. Slated to train as a Cosbolt pilot, Byron is determined to prove his worth to his instructor, Bassa. As war brews on the edge of space, Bassa must make a decision that could decide the fate of both men. Will their skills be enough as they embark on a mission destined to stretch their abilities to the limit?

CassaFire - Byron’s days of piloting Cosbolt fighters behind him, the detection of alien ruins sends him to the planet of Tgren. Forced to train a Tgren named Athee and deal with an eager young scientist, he feels invaded. Tensions mount as the ruins reveal a potential weapon, plunging him further into the chaos. All Byron wanted was his privacy…

CassaStorm - Commanding the base on Tgren, Byron watches as a galaxy-wide war encroaches upon the planet. When the war hits Tgren, it triggers nightmares in his son. The ancient alien ship begins transmitting a deadly code and the probe that almost destroyed Tgren twenty years ago returns. The storm is about to break, and Byron is caught in the middle…